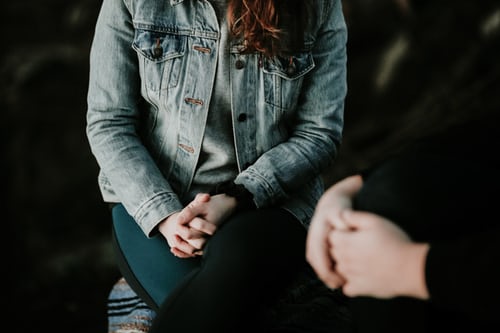 See Change recently published a report showing the impact the campaign had in 2019. They ran a month-long series of events around the country to help promote an end to mental health stigma. Some of the key takeaways from the report include:

A Lot Still Needs to be Done to Help End Stigma

There are some great insights into how the campaign has made an impact on ending the stigma that still surrounds mental health. At the same time, there is still a lot more to do.

As shown below the fact remains that the stigma around mental health is still one of the key reasons why people won’t seek help.

What can people do to help combat Mental Health Stigma?

Talk About It – Talking about your mental health is often the first and most difficult step. When it comes to the question “How are you feeling?” the universal response is often:

If you’re not feeling well and someone asks you this question then be honest. Let them know “I’m having a pretty bad day”. Often people aren’t aware of how others are feeling but having an honest conversation that at times can be difficult can be a crucial first step to take.

Educate Yourself – Learn more about mental health. Whether it’s educating yourself about the signs associated with depression (Dr Jane Alexander illustrated these at a talk during Green Ribbon Month) or taking a course education can be a powerful tool to help end the stigma.

Listen to Others – Talking is crucial but so is listening. How often has it happened that when people do open up about their mental healt they’re told “you’re grand it’s nothing serious” or “it’s only a bad day”. If you’re there to listen it can be so important as often people who open up about their mental health are at a vulnerable point and the wrong response could result in them closing up again. Being there to listen to someone can make the world of difference.

Green Ribbon Month has been going for 7 years, It has grown now to include hundreds of events across the country. A special mention for former ICHAS student Amanda Clifford who has been one of the key drivers of the campaign in Limerick. It has come on in leaps and bounds but a lot more needs to be done to help end stigma in Ireland. Check out the full report today.