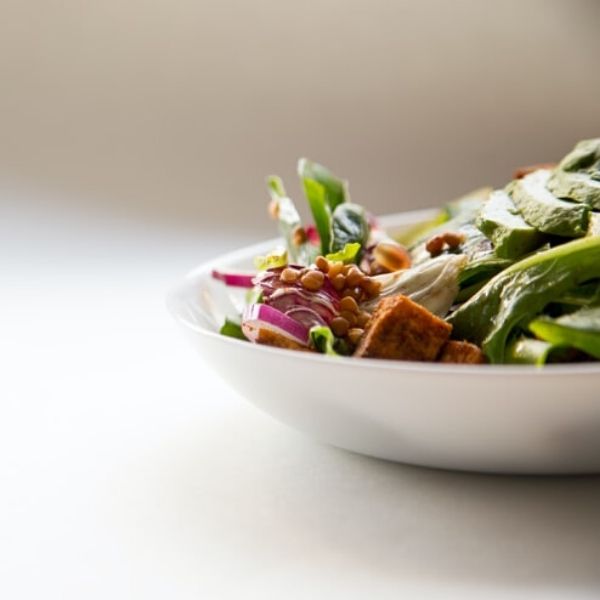 Dissertation Findings: An Exploration of Females Experience of Orthorexia

We recently featured Orla Brady and the progress of her own dissertation on Orthorexia. It’s a topic many may not be familiar with but was one that had a particular interest for Orla. Here are some of the key insights from the research that she conducted.

Orthorexia is a relatively new phenomenon which has had very little research conducted in the field. However, increasing numbers of individuals are reporting disturbed behaviours due to a desire to eat clean and healthy food. This desire can affect an individual’s social relationships and in extreme cases, contribute to pathological disturbances.

Attitudes toward health and fitness in Ireland have dramatically changed in the past decade with the online fitness movement contributing to the spread of health information plus shaping new ideas and concepts around ‘healthy eating’. Physical activity and a healthy diet go simultaneously with one another and while physical activity is a component of the research, the central focus is on the condition of Orthorexia.

One of the challenges with Orthorexia is that it is not classified in the Diagnostic and Statistical Manual (DSM) which presents limitations in diagnosis of such behaviours. In spite of this limitation, however, the researcher remained confident in identifying commonalities which were present in existing literature for participant selection to partake in the research.

The interviews focused on areas such as:

Some of the key findings into Orthorexia are highlighted below

A desire to maximize health

Precursors to the onset of behaviours

Attitudes and opinions regarding transgressions

Relationship and understanding of Self

Here is a more in-depth discussion of several of these findings.

A Desire to Maximise Health

When participants were asked during the interview process to describe the type of diet and lifestyle they choose to live by, the central subject of discussion focused on their desire to maximize health through diet and exercise.  Participants often provided explanations for certain food exclusions which the researcher noted had perhaps been the first time their diet had been discussed to such a degree where a relevant argument was needed to justify these exclusions.

The subject of food contamination arose with several of the participants but in very autonomous behaviours.

Participants also exhibited an understanding of food being nutritious and indispensable for survival. Their beliefs surrounding food quality was also evident where a level of disgust and repulsion was displayed towards foods outside of their own beliefs. This disgust at such foods manifested itself in different ways where avoiding such promised a feeling of purity, optimal health and even feelings of safety which will be discussed further on.

In order to maintain such a rigid focus on food quality, those interviewed have had to implement ritualized food preparation so as to meet these standards. The length of time varied on food preparation, some would food “a month in advance” and would “take a day off” to prepare this, whereas other participants would prepare on a weekly or daily basis. This preparation of food was often described as “very time consuming”. In order to prepare food so rigidly these individuals have had to develop, in essence, a structured routine to fulfil these health desires.

All participants expressed a desire to cook and prepare their own food so that they could ensure “what’s on it or in it.” Food preparation is evidently an essential component in supporting this type of lifestyle. The description surrounding food preparation centred on being in a ‘routine’, ‘structured’ and ‘organized’. This indicated further elements of control in relation to food. The routine of food preparation often means that meals are repetitive which assured further comfort and safety within meals:

“For lunch, I usually have the same thing over and over again”

When not in their routine, negative feelings were repeatedly expressed by those interviewed. Terms such as “I would be very very anxious, very very stressed, I would be in a bad mood” were used. Other participants extended on this by illustrating how meal prepping provides an element of security

Food preparation became imperative in assuring that the focus on food quality remains at the forefront of individuals beliefs.  Considering this, it became evident that participants began to view any food that was not prepared by themselves or outside of this ‘routine’ with ramifications. When eating out it evoked feelings of “extreme anxiety” as the participants strived to implement this level of food purity that is  acceptable. Eating out was often viewed as a transgression away from typical eating habits.

When individuals consumed food groups that were outside of their comfort zone further negative feelings would arise which would leave participants to use their words feeling “upset and distressed”.

The negative side of this type of lifestyle became increasingly evident as each participant described the distressing impacts that are endured when transgressing:

“I turned down a lot of dinner opportunities or… cinema dates or stuff like that, just to avoid eating anything unhealthy midweek.”

Due to the distressing thoughts and emotions that arise for individuals to eat food outside of their ‘routine’ it is often the case that coping mechanisms must be enforced. The researcher noticed that this way of coping corresponds, in many ways, as a need to control the aftermath of the transgressions, when the individual cannot fully be in control of the transgression itself.

When participants were asked during the interviews what they considered to be a contributing factor or an influence to their current food choices or beliefs, the answers became extremely personal to each participant. However, the most striking and prominent argument was associated with an increased awareness with nutrition.

Attitudes and Opinions Regarding Transgressions

Food preparation became imperative in assuring that the focus on food quality remains at the forefront of an individuals beliefs. Considering this, it became evident that participants began to view any food that was not prepared by themselves or outside of this ‘routine’ with ramifications. Eating out evoked feelings “extreme anxiety” one of the interviewees highlighted:

“If  I was going to[dinner]  I would always have to choose the sort of cleaner, healthier options”.

Often times this led to having to change the menus to suit their needs. Eating out was often viewed as a transgression away from typical eating habits and when individuals consumed food groups that were outside their “zone of comfort”, further negative feelings would arise which would leave participants feeling “upset and distressed”.

Each participant described the distressing impacts that are endured when transgressing: “I turned down a lot of dinner opportunities or… cinema dates or stuff like that, just to avoid eating anything unhealthy midweek”

Coping with and Avoiding Transgressions

Due to the distressing thoughts and emotions that arise for individuals to eat food outside of their ‘routine’ it is often the case that coping mechanisms must be enforced.

This included things such as “the next day I would lower my calories or you know eat less fat, do an extra workout, drink more water”.

Implementing such measures can be attributed  as a way to alleviate these feelings: “I would probably start to calm down and feel less… anxious [after exercising]”

Transgressions had negative consequences for participants, one described: “if someone forced me to eat a hamburger. I think I would jump through the window”.

This extreme reaction to food outside of their beliefs meant that the concept of transgressing itself wouldn’t even be considered.  The anxiety that is felt by participants both before and after is sometimes enough to cause complete avoidance of events to deter from these negative thoughts and emotions.

This is just a brief summary of the research that Jade did into Orthorexia. If you want to learn more about the dissertation and her key findings check out the full piece on researchgate.