September 10th marks World Suicide Prevention Day. Suicide is one of the leading causes of death amongst young people in Ireland and worldwide. In Ireland alone, there are about 12000 attempted suicides each year. The number of cases of suicide has stabilised since the recession with 399 last year in 2016 in comparison with 451 in 2015 and 554 in 2011, according to the National Office for Suicide Prevention (NOSP) annual report.

Of the 399 recorded suicides last year, 318 (79.6%) involved men. Globally it is responsible for over 800,000 deaths, which equates to one suicide every 40 seconds. Every life lost represents someone’s partner, child, parent, friend or colleague.

For each suicide, approximately 135 people suffer intense grief or are otherwise affected. For every suicide, 25 people make a suicide attempt and many more have serious thoughts of suicide.

Suicide is the result of a convergence of several factors such as:

These are but a few of the factors, sometimes they combine with experiences of trauma and loss.

People who take their own lives represent a heterogeneous group, with unique, complex and multifaceted causal influences preceding their final act. Such heterogeneity presents challenges for suicide prevention experts. These challenges can be overcome by adopting a multilevel and cohesive approach to suicide prevention. Preventing suicide is often possible and you are a key player in its prevention! 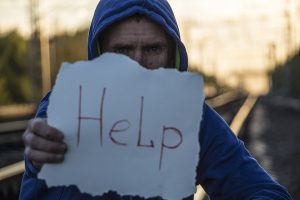 This year’s theme is “Working together to prevent suicide”. It is to remind us that suicide is a community issue and is everyone’s business. No one should suffer alone and together we can fight suicide and reach out to others when they are in need. This theme will be retained for WSPD in 2019 & 2020. Everyone has a role to play and together we can collectively address the challenges presented by suicidal behaviour in society today.

A Candlelit Vigil will be held the night of September 10th in Arthur’s Quay Park. As well as this there will be events taking place across the world. To find out more check out their website today. You can also follow #WSPD on Twitter for all the latest news.

The Growing Importance of Counselling During The Pandemic