‘Wellbeing’ a first-year subject in 2017 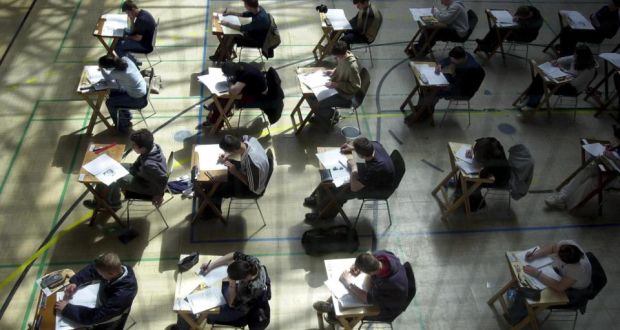 A new subject of wellbeing will be introduced to students starting the first year of secondary school in September 2017 under a revised timetable for the roll out of junior cycle reforms published Monday.

The subject, which will incorporate physical education, relationships and sexuality, anti-bullying programmes, and civic and political education, will be fully integrated across all junior cycle year groups by summer 2020.

The revised Framework for Junior Cycle, negotiated between Minister for Education and Skills Jan O’Sullivan and the teacher unions, confirms that English will be the first subject assessed through classroom-based exercises in conjunction with a shorter exam at the end of third year. The template will be rolled out to other subjects until all of them will be recorded under a New Junior Cycle Profile of Achievement (JCPA) by autumn 2022. This is two years later than the timeframe originally envisaged by Ms O’Sullivan’s predecessor Ruairí Quinn.The framework published on Monday provides added detail to the deal struck last May between Ms O’Sullivan the leaders of the two secondary teacher unions, the ASTI and TUI.

It confirms that written examinations will be no longer than two hours duration in a maximum of 10 subjects. However, a dispensation has been secured for civic, social and political education (CSPE), which is being retained as an 11th subject for the next few years.The deal negotiated last May said “the current CSPE syllabus will be retained for an additional academic year until 2018”. But the framework document says CSPE “is being extended until 2019. Students beginning first year in 2015-2016 and 2016-2017 may sit the CSPE examination in addition to the maximum of 10 subjects”.

ASTI past president Philip Irwin, who led his union’s negotiations, is a CSPE teacher and has been active down the years in developing the subject. However, other subject teachers have queried why it formed a prominent part of talks, with the Cork History Teachers’ Association claiming CSPE had been singled out for “preferential treatment over other subjects”.

The unions are now balloting on whether to accept the revised plan, with a result due on September 24th. The TUI executive has recommended acceptance but the ASTI leadership has not offered a recommendation to members. Ms O’Sullivan said she welcomed the decision of the unions to ballot their members.

“Our students will be at the centre of the learning process and will engage with a modernised curriculum across all subjects. They will experience new ways of learning and a broader range of skills, while innovative classroom-based assessment will support that learning,” she said.

“Through the new Junior Cycle Profile of Achievement parents and students will receive a much more rounded, balanced and enriched picture of the students’ progress and achievements across all areas of learning in the junior cycle.” The framework represents a significant departure from Mr Quinn’s reforms, who envisaged abolishing the Junior Cert and having a junior cycle award certified by each school. However, many of the initial proposals remain, including plans for short courses in areas such as coding, digital media literacy and Chinese language and culture.

“An additional short course in philosophy will also be made available,” the framework says. To avoid curriculum overload, schools will be allowed to offer a maximum of four short courses, and two of them will be the equivalent of one ordinary subject for certification purposes.