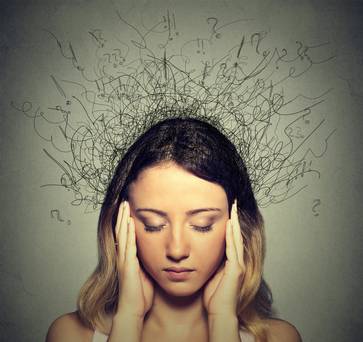 Mindfulness, as a tool for well-being, has hit the ground running. Books abound on how to be psychologically strong and there is an assumption that mindfulness exercises, like physical exercises, make you emotionally fit and resilient.

The more you do them, the stronger you become. And not only is it thought to be of benefit for a range of psychiatric disorders, but the Mindful Nation UK Report (2015) recommended it for helping medical students deal with stress, as well as assisting with increasing their empathy levels. It also recommended its use in education, criminal justice and the workplace.

Writing in the December 2016 issue of The Bulletin, a journal published by the Royal College of Psychiatrists in London, two papers written respectively by Farias and Wikholm and by Russell and Siegmund, all psychologists in the UK, caution against the simplistic and overexaggerated claims made by its proponents and by the media.

They point to some studies with weak results claiming to have “encouraging” results, and that many of the popular books making “magical promises” are written by researchers and not clinicians.

Farias says: “The replacement of orange-robed gurus by white-collared academics who speak of the benefits of being in the present moment is a powerful social phenomenon which is probably rooted in our culture’s desire for quick fixes and its attraction to spiritual ideas divested of supernatural elements”.

The National Institute of Clinical Excellence (NICE) in the UK recommends mindfulness for recurrent depression, the only condition for which it is recommended by this body. And it does indeed reduce relapses, but only if there have been three episodes. For fewer than that, it actually increases the chance of relapse. And for those with three episodes, different groups react differently.

Those whose depression is linked to childhood trauma did best. In other words, those who were vulnerable show the best response. These findings point to a level of nuance that is missing from current coverage. Studies of its use in stress show a small improvement. Studies comparing it to physical exercise or relaxation showed that there was no evidence of benefit, while for pain and unexplained physical symptoms there was moderate improvement. Both sets of writers in the Bulletin articles point to possible negative effects. Because the aim is to increase awareness of difficult feelings “in the moment”, some studies have shown that this may exacerbate negative emotions, like depression and anxiety.

Arguably, when this happens in a therapeutic setting, it can lead to an intervention and ultimately be seen as positive, but when it happens at a drop-in mindfulness session, it may be extremely distressing.

Indeed one study of healthy adults found that a short engagement with a mindfulness group increased feelings of stress compared to a control group. And related to the ubiquitous presence now of mindfulness groups, the authors raise a concern that many of the therapists have no training or experience of working with those who have mental health problems. Unlike other training programmes, for example for cognitive therapy, only minimal requirements are needed.

Compared to cognitive therapy, one meta-analysis, which combined a number of studies, found no benefit from mindfulness over usual cognitive therapy. Several studies have compared it to psychoeducation about the particular condition the person suffered from and here the results are inconsistent.

Studies of the impact of regular mindfulness exercise on brain structure show that here there is a plateau after about a few weeks rather than a continuous increase over time. This is at variance with the common belief that mindfulness exercises are a gym for the brain, gradually strengthening coping skills.

At present, mindfulness should be seen, not as superior to, but as an alternative to cognitive and other talking therapies. In recurrent depression it shows most promise in those depressed as a consequence of external childhood events. And people differ in their ability to engage in meditative practices – only those who have this ability are likely to benefit.

For those not so skilled, attempting mindfulness might at best be a distressing chore. Enthusiasm should not outrun evidence and this is a real possibility where mindfulness is promoted as a panacea for all our unpleasant emotions.